Farewell reception to the second woman Justice of the Appellate Division 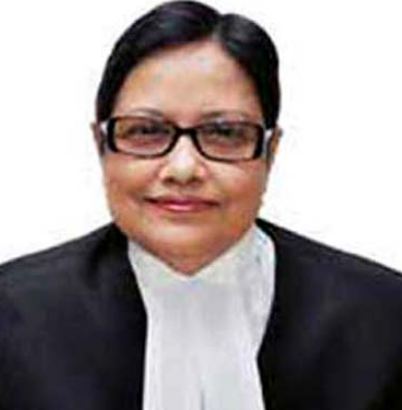 In response to the farewell reception, Justice Zinat Ara said, “Today I am retiring at the end of my 5-year career.” The last few months seemed like a quick time to release myself. But today, despite the relief of liberation, how do I deny the depression that is working to leave everyone out of the world?

About his career experience, Justice Jinat Ara said, “I was the first to appear as a woman muncef in Dhaka court. I had a strange experience since there was no female judge in Dhaka before me. Hundreds of people came to see me in court every day. Whenever anyone came to the old Dhaka, I would look at the court whenever I got a chance. In such a case, the court had to take measures to reduce the crowd in order to properly handle the proceedings.

Justice Zinat Ara believes the responsibility for establishing justice falls on judges and lawyers alike. To the lawyers, he said that without the full cooperation of the lawyers, it is not possible to handle justice properly and properly. The role of lawyers is crucial for the judges of all subordinate courts, including the Supreme Court of the country, to conduct the trial independently. You have to cooperate fully to maintain the independence of the judiciary. People need to help the people irrespective of their opinion. Hopefully, you will try to ensure the justice of the people, regardless of their opinion. Do not let the people’s confidence in the judiciary be in jeopardy; the image of the judiciary should remain vigilant, lawyers will always be vigilant. Remember, it is our responsibility to protect the independence of the judiciary. ”

The judiciary will have 5 years to complete on March 7. But he was given a farewell reception on Thursday as he was on vacation. Justice Zinat Ara is the second woman judge to be appointed to the Appellate Division. After his BSc and LLB degrees, he was appointed to the judiciary on 9th November, 1953 as the Munsif (Assistant Judge). He was promoted to District and Sessions Judge in 9th.

He was later appointed as an additional judge in the High Court on April 27. Two years later he settled down. Then on October 8, the Appellate Division judge was appointed.

Previous Article: Awami League-backed candidates won a majority in the Panchagarh
Next Article The highest good will be provided to the people seeking justice

To provide the best experiences, we use technologies like cookies to store and/or access device information. Consenting to these technologies will allow us to process data such as browsing behavior or unique IDs on this site. Not consenting or withdrawing consent, may adversely affect certain features and functions.
Manage options Manage services Manage vendors Read more about these purposes
View preferences
{title} {title} {title}